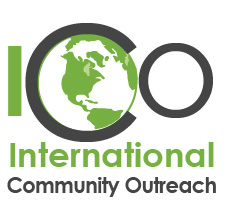 Jerry Lillard II
​Jerry is the Executive Director of International Community Outreach and also acts as the campus ministry director for International Student Ministries on the campus of the University of Tulsa. Jerry grew up in Germany and the Czech Republic, and being a German/American missionary pastor's son, is a third culture guy in every way. Jerry and his wife Carol (Lis) served as missionaries in the Czech Republic for seven years before joining ICO in November 2012.
Terry Ligon
Terry lived for 22 yrs in the Middle East plus 3 yrs in England, serving the poor, caring for the broken and proclaiming forgiveness of sins and adoption by God through the death & resurrection of Jesus, through whom many experienced freedom, new life and friendship with God. Terry has served with ICO since 2007 and serves as the Assistant  Director of the campus ministry,  International Student Ministries, on the campus of the University of Tulsa. He loves spicy food and foreign cultures and has a great love from God for the nations of the world.
Eddie Clark
Eddie graduated from Liberty University with a Biblical Studies degree and pursued his masters in Linguistics through a Wycliffe school in Thailand, where he met his wife Emily. Eddie and Emily have four children and they lived overseas in Southeast Asia from 2004 to 2015. Eddie and Emily ran a coffee shop as a missional business and opened up their home regularly to share life with locals and love them as Jesus has loved us. Eddie and Emily returned to the States in 2015 and served at a local church for two years before joining the ICO team at the beginning of 2019. Eddie loves to serve Jesus through his work with ICO. Eddie sees it as a continuation of his work overseas, but without the struggles of language, visas, travel and political barriers. Eddie is excited to build relationships and share life with the nations on our doorstep and to help ICO volunteers do the same. Eddie heads up Volunteer Mobilization and Development for ICO. He is passionate to cast vision among the family of God in Tulsa to join the mission of sharing the love of Jesus with the nations here in Tulsa. Eddie works to make sure our volunteers feel equipped to be the hands and feet of Jesus. If you or your church would like to get involved with ICO or would like to learn how you can increase your impact among internationals, then send Eddie an email.
Elisa Duell
​Elisa is an Oklahoma native and has been a Tulsa resident for four years. God’s Biblically expressed vision for the nations along with a growing understanding of unreached people groups led her to join ICO in 2018. She loves spicy food and is currently on staff with ICO while pursuing graduate studies at the University of Oklahoma-Tulsa campus. ​